It was a great privilege to host the 2017 Institute of Acoustics AGM (Irish Branch) at our facility on the 5th of July. Over 20 people were in attendance from all corners of the island. The evening began with the AGM which was chaired by Martin Leister. A vote was taken in which Mark Simms of Ventac, Ted Dalton of Dalton Acoustics and Eugene McKeown of RPS Group were elected onto the organising committee of the branch.

Following the AGM the group gathered in Ventac’s Innovation and Acoustic Laboratory for an acoustic camera demonstration by Mark Simms. The state of the art technology utilises 1024 microphones in the large array and 64 microphones in the smaller array to capture the acoustic characteristics of any application. The captured data is displayed over an image of the source clearly identifying weak points and vibration patterns. There was lively conversation about the features and functionality of the camera before our guests had a look around the laboratory.

It was an honour to host the Irish branch of the IOA and we look forward to many more gatherings in the near future. 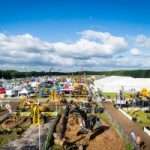 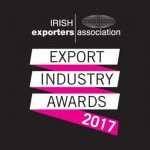